ALL THE LOVE IN THE WORLD

by libbycataldi under Courage, family, Relapse 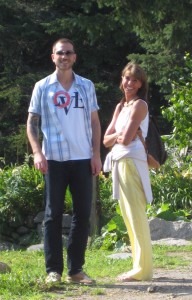 A mother wrote to me: My son has a long history of addiction. He got arrested and we hired a lawyer, bailed him out, but he kept using and stealing. He got arrested again and bailed himself out. We knew he was close to dying so we asked the lawyer to have the judge put him back in jail. We told our son that we would not bail him out, that we loved him but would no longer let his addiction destroy the family. All the love in the world was not enough to make him stop.

My reflection: I, too, tried everything I could think of to make Jeff stop. I wept and told him how much he was hurting the family. I punished him, yelled at him, and refused to get him out of jail, but I also gave him money, paid his bills and included him in family gatherings. I was like a flag twisting in a tornado. Love was never the problem. The problem was his chase for the drug.

This week’s meditation really hit my heart. You are so right – all the love in the world didn’t help my son with his addiction. I knew in my heart that I was going to receive that dreaded phone call of his overdose. But, when the news came, I was devastated. It’s something that you can never prepare for. The first thing I felt when my son passed away was the blame I put on myself. Where did I go wrong? But after I read your book “Stay Close” and came to this blog, it has helped rid myself of that guilt. Without this blog, I surely would have died. I mean this through the bottom of my heart.

Addiction strangles us, It is so powerful, that it’s difficult for me to wrap my head around it, even still. But, it’s up to the addict to make that choice to want to live in recovery. Jeff – you made that choice and it was the answer to your mother’s prayers.

Libby and Jeff, I want to thank you for your book. It was a godsend and it helped me through the aftermath of my son’s demise. Thank you Jeff, for allowing your mother to write your story. And, special thanks for all who come here and write about their stories. I know I’m not alone.

All my love with deepest gratitude and respect,

I just want to encourage you that your not alone.My name is AlvinA Lopez from California. My son is 22 yrs.old been in his addiction for about 8yrs.I realize its JESUS CHRIST that’s gonna save him. Not me not my finances not anything but a true encounter with GOD.There’s HOPE. Ill be praying for you.

I’m writing a book but each chapter is being written by a parent. Would you consider writing a chapter? If so, email me at edmondparents@aol.com.

“Today, I accept that my child’s addiction is not against me:” That is ceratinly a true and important point. However, when I was in the early stages of my journey I could have accepted this reality. It took me ten plus years to figure it out! How sad!But that is the nature of the disease.

Continued prayers for all of us.

It wasn’t until I quit loving my son to death that he got help! Almost two years drug free! Not a day goes by that I still don’t feel that fear in the pit of my being though. Thanks for the book that got me started in the right direction…and for bringing addiction out of the “closet”

Dear Libby
I guess now is just as good as any time to say thank-you for publishing you and your son’s story regarding addiction. Although every story of addiction may be different we as parents or other relatives pretty much are going thru the same journey . In your book I could very much relate to you. My son became an addict (heroin) I’d say maybe four years ago possibly longer . It all started with acl injuries when he first started high school he’s 23 now and 60 plus days sober. Then came a very bad car accident the yr he graduated and more surgeries including emergency abdominal surgery later 3 guys one with whom he knew all his life went to school and played fbasket ball and football together in HS came to the house and beat him up and yet another surgery on his rt eye. To make a long story short I lost my son Josh somewhere during these times . The last four years the josh that was living here was not him. I knew he was using but in the beginning I didn’t know exactly whAt!! He went thru over 1/2 of his accident settlement of course pArt of it went to a car and tattoos Any way your son is very brave and I admire him for wanting to try to give back . My son looks like josh again gained 40 lbs he looks great and is living in a halfway house in Ventnor city Nj I learned a lot from your book and am following ur advice as to stay close to my son. I hope thAt someday I too will be able to give back too your story helped me realize I wasn’t alone and it wasn’t my fault .

How does a mom have 2 beautiful daughters go down the same heroin path. One watched the other and said “I’ll never do that”
And there she is.

@ Kelly
Sadly it happens – one would think seeing the turmoil addiction creates would prevent such happenings. I’ve said a prayer for you, hang in there!

It’s been a while since I’ve commented on this site, however I do come here often to view. My child will soon have 6 months clean. Whew…almost 9 years of using..with bouts of short clean periods, too many rehabs to mention, & so on…! I come to this site as to not feel like I’m alone. As ALWAYS Barbara your words are like wisdom & reassurance to my ears. Thank-you for your constant participation. Back when I 1st came to this site, I learned from those that posted often especially you & Pat Nichols. (others also). Thank you all! As Barbara & Donna noted,I too would like to Thank both Libby & her family for the sharing of their story & this site. It’s been a Godsend to me, many times what helped me get through each day. Thanks to all that share!

Thank you all for being here. Addiction brings us together in strength and hope. Only by bringing addiction out of the shadows and into the light can we do anything about it. Addiction does its best work in the shadows.

Barbara, I agree with everyone that your words are filled with wisdom. You’ve suffered the loss of your child, something that sends tremors of deep sadness through us all. You are now reaching out to help others – this is blessed and important work. I think Pat’s idea that you write a chapter for his book is great and I encourage you to do it. Writing will hurt beyond belief, but as Jeremy, my younger son, told me about Stay Close: “Maybe it will help someone else. Maybe it will help us.”

Thank you all for the kind words. I have begun writing the chapter for Pat’s book. I know it will hurt, but I want to help others. I am honored that I was asked to do this and I pray the Holy Spirit will guide me through the words of my chapter.

God Bless you all.