COURAGE: RECOVERING FROM ADDICTION TAKES A LOT OF IT 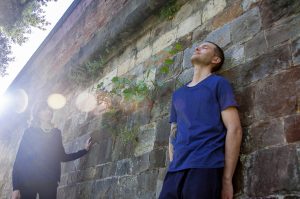 A dad wrote to me: Our children have to fight their addictions and win. We, as parents, will never know how hard their battles are or understand the strength they need. I think that anyone who has battled through addiction deserves a lot of credit.

My personal reaction: Dr MacAfee told me, “Addiction is loss.” Recovery, he said, offered my son the space to rediscover his identity and, in time, the real Jeff would emerge. This was a journey that Jeff would have to do alone. I came to realize the enormity of the fight that he had to face in order to win his battle against addiction.

I once told Jeff, “You have a lot of courage to do this again.” He paused and then said quietly, almost to himself, “Courage? That’s a word rarely used with people like me. Yeah, it takes courage.”

Today’s Promise to Consider: Words like strength, courage, and hope are seldom used in the same sentence with addicts. My son and I faced journeys of despair and self-discovery. We both needed courage as we made decisions that would lead to our health and wholeness. My son chose to fight his addiction. I chose to fight my fear. We each chose to change, and we each took action.