THE EXTRAORDINARY PAIN OF ADDICTION 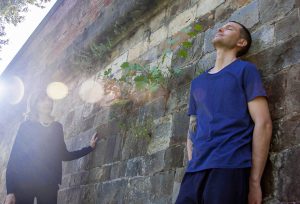 Dr. MacAfee told me that the pain of addiction is the agony of being trapped. Using has become critically important because it answers every problem in their lives … until it doesn’t. The use is the solution until it becomes the problem. What was once an escape becomes a prison. The juxtaposition is baffling, and the addict literally has to fight for his life.

My reflection: During the early years of my son’s fourteen-year addiction, I thought that he could simply turn off his drug use. I told him to stop and expected it to happen. In time and with education, I learned that it would take my son great courage and tenacity to change his life.

Today’s Promise to consider: Drug use often starts as a party, until it becomes a prison. Once it takes over, our loved ones are caught up in a sandstorm, unable to see the impact their sickness has on those who care about them. Instead of derision and incarceration, they need love and compassion. They need support from communities like AA, from people who have walked in their shoes and are now living in the solution.

I love your words. A little piece of heaven in hell, it helps. Thank you for going before and understanding. Sending love. xo Shelley

Sending love back to you, Shelley. xo, Libby