HIS HUMANITY WAS IN CONSTANT CONFLICT WITH HIS ADDICTION

by libbycataldi under Faith, family, Forgiveness 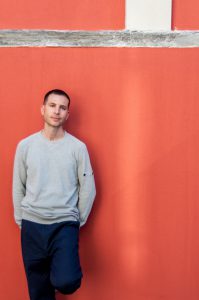 A recovering addict wrote to me: Libby, I was a good friend and fellow drug user with your son. I’ve been clean for three years. Your son was one of the few truly decent addicts I ever met, meaning that he had a kind side that most addicts had already destroyed within themselves. He actually CARED about what his drug use was doing to you, his brother and his dad. I remember when your father died and you had cancer. He drove over to my apartment and we talked late into the night. But after that, we went out and copped more drugs, came back, used, and he called into work and faked sick.

My reflection: Jeff and I have talked a lot about those years when my father died and I had cancer. He tried his addicted-best to be present during those times. His words held the truth, “I never wanted to hurt you, Mom. I love you. But I’m an addict.” Jeff’s humanity and love were in constant conflict with his illness.

Today’s Promise: My son tells me that addicts, even those who can’t mouth the words, despise the destruction they are causing, but they simply can’t imagine a life without drugs. Today, I will not feel guilt, regret, or shame. Today, I will live in hope and faith that my child comes home to us and to himself.

This rings so familiar. A timely reflection for our family. Thank you for the reminder of no regret guilt or shame. It is easy enough to slip back there when relapse happens . Relapse is so scary and reminds me that it takes so much courage support and prayer to face the fear that is in a mother’s heart and not live in the fear. Today I will remember to work my program & call in my angels of support . Your community here makes a difference in my life .

Dear Lynn, I join you in not living in fear. I join you in working my program and calling in my angels of support. Thanks for being here. You make us all stronger. My love and prayers.

I just learned late last night that my son continues to hide his addiction from me. I thought & hoped he was doing better. He calls daily or messages me something he stopped doing for a long time.
Past year was tough, he got into trouble, stealing, defied his probation, went to jail, got out of jail, on a home plan release. He flies under the radar drug testing with immodium, taking large amounts for the meth like high.
He has two children 3 & 8mo. Mother (young) isn’t stepping up to parent, she comes to see the kids or takes them for an over night occasionally.
He lives in less than clean environment, but this is his home plan.
I’m lost, very lost. I realize it’s a fight. I give, call, try, yet I feel the battle is never ending. I’m not wealthy, my husband rejects my son. They aren’t allowed at my house to stay.
He lives 4 hours away, I’ve tried to get him to move closer so I can help with the kids, but he won’t because of the children’s Mom.
I’m Rambling.
Overwhelming
Greensburg, PA
Angie

I understand all that you write, and I’m so sorry. Addiction wants to suffocate us and our children. Addicts lie, betray, steal, go in and out of jail – all that you know. You’re lost, and I’ve been lost, too.

I wish there was a silver-bullet answer, something that you could say or do that would change the course of your son’s life. Sadly, there is none. HE has to make the decision to change. Your heart breaks and suffers, and it is his heart that needs to change.

Addiction has an incredible power over our children, and one that we can’t break. The best I can offer is that when my son was at his lowest and shooting heroin into his neck and groin (practically dead), I told him, “When I had breast cancer, I could have died. No one can make you cut two breasts off your body. I needed to make the decision to live. So do you – you need to make the decision to live. Fight, son, fight.”

Yours in hope and prayer,