“I SAW WHAT I WANTED TO” – ADDICTION AND DELUSION

by libbycataldi under Honesty, Stay Close 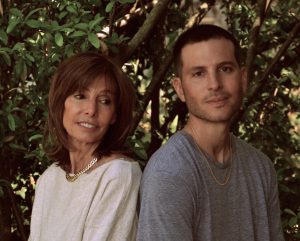 While I was listening to a song by O+S, the words “I saw what I wanted to” made me think about addiction. During the early years of my son’s drug use, I was quick to see what I wanted to: the boy who earned high grades, the athlete who was the captain of the soccer team, the son who spoke with respect and commanded an impressive grasp of the English language. I’ve wondered why I didn’t see the boy who insisted on spending every weekend out of the house and with his friends, the boy whose clothes smelled like cigarettes, and the boy who dressed in black and had multiple stories as to where he spent the weekend nights.

My reflection: I saw what I wanted to. I believed the son I loved. I chose to look at the good grades and athletic prowess, and I refused to see the reality of what I think I knew was happening.

Today’s Promise: Today, I choose to live in honesty. The early years of my son’s addiction were filled with fiction – the stories I accepted, and those that Jeff projected. I believed them because, maybe, it was easier. If that’s true, what was easier became a nightmare. There is only one way out of addiction: seeing and telling the truth.

In the early years as my son was beginning his addiction journey I went to Radio Shack and bought a police scanner so I could keep up with him! I would hear the officer communicating with dispatch and reading off all the names in the car and/or party. I would then contact the other parents and give them an early warning. I’m sure they all appreciated me! Ha! At that time they din’t put them in a holding cell etc., they would actually bring the child home. That was really convenient! My denial protected me from the truth and that was good as too much of the the truth can be overwhelming! I think it’s best to get a little bit of the truth each day or week and ease into full understanding of the disease. That’s what Libby’s blog does for us.

Dear Pat, You’re so right that we need to ease into full understanding of the disease. It’s one day at a time, but honesty is the critical piece. Thanks, Pat, for your wisdom.