I WANT TO BELIEVE HIM

by libbycataldi under Stay Close 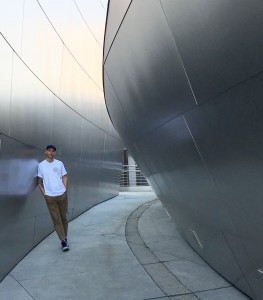 A mother wrote to me: My son is using heroin. I tried to help him, but I also know that I enabled him more than helped. I recently told him he had to leave my home after money went missing again. I questioned myself – was I wrong or right? He said he wasn’t using again, but then I found proof that he was. It is the constant questioning of myself and my feelings that is breaking me. I want so badly to believe him, to believe he is telling me the truth, but it’s hard, especially when time after time I find out that I have been fooled.

My reflection: It took me years to admit that my addicted son was lying. Not only did he lie about his drug use, he lied even when he didn’t have to. Lies became a way of life. I finally learned not to listen to his words, but to watch his actions.

Today’s Promise to consider: We want to believe our children for two reasons: 1. Because we love them and want to trust our relationships, and 2. Because if we don’t believe them, we have to do something about their use. In time, I finally had to acknowledge the level of duplicity and deception my son was living. He lied in order to keep his addiction. Honesty is the critical part of recovery – for both of us.

The Big Book, pg 58: They are naturally incapable of grasping and developing a manner of living which demands rigorous honesty.

When talking to your addicted child it is helpful to imagine a white bandanna around their forehead that says, “SICK” in a bold red color.

A scorpion, being a very poor swimmer, once asked a turtle to carry
him on his back across a river. “Are you mad?” exclaimed the turtle.
“you’ll sting me while I’m swimming and I’ll drown.”

The scorpion laughed as he replied, “My dear turtle, if I were to
sting you, you would drown and I would go down with you. Now, what would
be the point of that? I won’t sting you. It would mean my own death!”

The turtle thought about the logic of his argument for a few moments
and then said, “You’re right. Hop on!” The scorpion climbed aboard and
halfway across the river, he gave the turtle a mighty sting.

As the turtle began to sink to the bottom of the river with the
scorpion on its back, it moaned in dismay, “After your promise, you
still stung me! Why did you do that? Now, we’re both doomed.”

The drowning scorpion sadly replied, “I couldn’t help it. It’s my
nature to sting.”

It is the nature of the disease to lie and steal so don’t take it personally!!!!!