“I WORKED HARDER THAN HE DID” 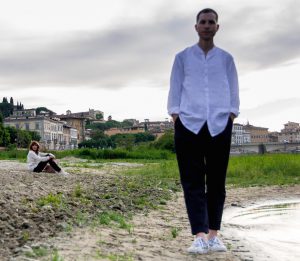 A mom wrote to me, I worked harder for my son’s recovery than he did and I always came up empty. When I finally let go and allowed him to feel the dignity of his triumphs and pain of his failures, things changed. Just for today he chooses recovery. So do I.

My reflection: This mom’s words resonated strongly with me because for many years I, too, worked harder for my son’s recovery than he did. When he was living on the streets and brushing his teeth at the Seven Eleven, I thought, “He has hit his bottom,” so I rushed in to get him into rehab. When he got arrested for the umpteenth time, I bailed him out and forced him into yet another rehab. Nothing changed.

Today’s Promise to consider: As much as I wanted to save my son, to rescue him from the consequences of his addiction, and to pick him up when he fell, none of my attempts helped. In the end, HE had to make the choice to change his life, and I had to make mine. There was only room for one person in his addiction and that didn’t include me.

I get confused because some people say not to kick them out and then others say to do so…I just don’t know what’s the right thing to do.

I in the very same quandry. I’m do tortured and confused.,although my son is currently in prison, so don’t have that option,right now. But… My other issue, is I think he is doing drugs there, and don’t know, to just walk away from him…I have been on this emotional rollercoaster for 12 years + ….can’t deal no more

Addiction IS an emotional rollercoaster and wants to destroy us, our children, and our families. I, too, did ‘tortured and confused.’ In the end, my mantra was, “Let Go and Let God.” I had to admit I was powerless. I stayed close to my son, but out of the chaos of his addiction. Al-Anon meetings grounded me, as did prayer. Self-care (my self-care) became important to me. The healthier I got, the better I was able to help my son. It started with me.

I stand with you in hope and prayer.

We all get confused. You are not alone. I was like a see-saw with my son: one day I would make him leave, and the next day I would tell him to come home. He once told me, “I’m not a yo-yo. You tell me to come home and then you tell me to go away.” Addiction is confounding. In the end, Dr. MacAfee, Jeff’s addiction therapist, told me, “Say what you mean, and mean what you say.” MacAfee told me that boundaries were important, and my son needed to know where I started and stopped.

No one can tell you what to do, certainly not me. Al-Anon was my saving grace and helped me to make my decisions. Pray, talk to people who understand, and take one moment at a time.

My love to you,

My dear Debbie, I wish there was one sure-fire answer to your question. I wish there was a silver bullet that could change the addiction. I searched for that line-in-the-sand for years, but I needed to decide for myself and my son. Dr. MacAfee, my son’s beloved addiction therapist, told me, “Say what you mean and mean what you say. Addicts need boundaries. Boundaries give everyone security.”

In the end, I learned to, “Stay Close,” but out of my son’s chaos. I had to get out of the way, but stay close in love and hope.

My son and I made a video, and you might find comfort in his words. Near the end of the video he talks about what made him finally (after 14 years) change his life. https://libbycataldi.com/books/ It’s the second video on this link.

My love to you. I’ll stay close in prayer and hope.

I watched your videos, Dear Libby, and wept. This painful journey we all share, is beyond words. My tears these days are now cleansing, however, as I, through the help and support of my sponsor and FA and AlAnon, am grieving the loss of my hopes and dreams for my addicted son. Grief doesn’t only follow the physical loss of someone. We can grieve the loss of a job, a divorce, but when we have not resolved our grief, worked through our grief toward peace and acceptance, it can eat us alive. This is leading me to more acceptance, of my powerlessness, of loving him right where he is. This comes from a wonderful FA booklet called “Through Grief to Growth…..the FA Way”. Acceptance does NOT indicate approval, however. But I can now look at my son’s situation with honesty and the realization that i cannot change it, cure it, or control it. We talk frequently. But whereas before I always had an agenda, i now just listen. I have also learned how to say no, yet still impart my deep love for him. It’s hard, I’m not gonna lie, to not want to try to convince him to get help, find a support group. But i really try to “listen” to my thoughts in this regard and let them go. So, dear Libby, i can “Stay Close”.

You now listen to your son. This is wonderful. My prayer is always, “Lord, help me to talk less and listen more.” You’re so right — I, too, had an agenda (and often still do), but our agenda is not theirs. We need to learn to say no in love and with compassion. They need for us to love them, but provide boundaries that will keep us all safe. We can “Stay Close.”

Thanks for sharing your hope and wisdom. Through deep grief and loss, we learn.

My love to you, Mindy.

It is a challenge to find the boundary between staying close and enabling. I learned that I have choices just as my son has choices. If my son chose to leave the rehab center in the mountains of Georgia that was his choice…and I had a choice as to whether I would pay for a plane/bus/train ticket home. I chose to do nothing and he gave rehab a chance. It was not his last rehab but it was very empowering to me — to know I have choices.

You’re right, Barbara. I, too, discovered I had choices – as simple as not responding immediately. Whenever my son called in crisis, I felt I need to do something asap or something terrible would befall him. I learned that I could take time to think, that I could set boundaries and keep them, and that the world wouldn’t end when I did these things. Our choices are empowering. My guess is our children feel the same way :)….when they start thinking clearly in recovery. My love to you.

What is enabling vs helping? It is very difficult for parents of addicted children to understand the difference. I decided after many years of making the same mistakes over and over again to put together what I called my “Mastermind Group.” This consisted of my 12 step sponsor, alcohol drug counselor and a man with over 20 yrs of sobriety I met in my church. When I was confused I would contact them for their experience, strength and guidance. This worked out well for my family. You just can’t do this alone!

Pat, I love your “Mastermind Group.” A team of educated professionals and recovering folks who help you make decisions. You’re right – they have experience, strength, and guidance. In the end, we, as parents, have to choose what to do and how to act. Enabling vs helping will always be a struggle, I think, but with prayer and good counsel, we can do it. Thanks for sharing your wisdom gained after many, many years.

I needed this today. Both my boys are facing felony charges in court on March 16th and they are living out of their trucks and are still not looking in to recovery. If one of my boys does not go in to recovery, when March 16th comes along he knows he will be facing jail time for 6 months. I keep encouraging them both, still nothing. Thank you.

Jill, I’m sorry. I join you in prayer that your sons make the decision to change their lives. You keep encouraging and, from my experience, that’s all we can do. I forced my son into recovery time-and-time again, but it was useless. In the end, HE had to choose. My love to you, and prayers for divine intervention.

Thank you Libby, for your kind words and prayers.

It is not natural for us as parents to watch our children suffer and not react to their pain. It took me a long time to understand what was happening in the first place and even longer to understand the difference between enabling and letting go with love. Its such a fine line and each situation brings about its own challenges.
Its so unfortunate that we as parents are so ill prepared for a journey like this. We need to be patient and kind with ourselves.

Yes, Sue, yes — we need to be patient and kind with ourselves. It took me years to learn to, “Let Go and Let God.” You’re right that it’s not natural for parents to watch our children suffer, but addiction takes the best parts of a parent’s love and smashes it. Education is the key. My love to you.

I’ve tried everything for my son,all angles,nothing worked..he was in an out of rehbd,spent time in sober homes,he has oded,I lost count,he just couldn’t beat this,it had him an good..so 3weeks ago his list his battle, he’s gone… I’m sick, heartbroken an still asking did I do enough..!!!.. I’ll never no…

I’m deeply sorry. You suffer the greatest pain of all. I’m so sorry.

All we can do is our best. Do we ever do enough? I don’t know, but our mother’s hearts break, sometimes forever.

I stand with you in prayer and love.