IS IT POSSIBLE TO LIVE IN DENIAL OF SUBSTANCE ABUSE? 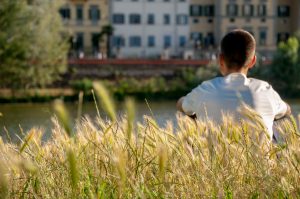 A mother wrote to me: Our daughter, both strikingly beautiful and musically gifted, signed a recording contract with an International music company at the age of fifteen. I traveled with her extensively and never had an idea what was going on right in my presence. At seventeen, she graduated a year early as valedictorian of a private school catering to performers. Unbeknownst to us, she was already addicted to cocaine when she left for university on a full music scholarship. I blamed her stuffy nose on allergies, and she gladly accepted the air cleaner I bought for her dorm room. We only learned of her addiction after a suicide attempt.

My reflection: I have been asked a multitude of times, “When were aware that your son was abusing drugs?” When I answer that it took me many years to understand what was happening, people wonder how did I ‘miss’ all the clues? All I can say is that I wanted to believe he was OK.

Today’s Promise to consider: How is it possible that we miss an addiction that’s right before our very eyes? We see the dilated pupils, hear the stuffy nose, and wonder where our child’s spirit and humor have gone. For me and for a long time, I simply wanted to believe all was well with my son, and I lived in denial. When I finally acknowledged the addiction, I felt guilty and ashamed, which were unconstructive. It was only when I sought support in Al-Anon that I started to understand the insidiousness of this disease.

Yes it’s possible! Several years ago we were called to the hospital, as my son was very ill. We raced there and saw several doctors huddled around him discussing tests, etc.
After several hours of various tests, one of the doctors checked for alcohol. Even after all those hours, his alcohol level was high enough to kill him. His behavior was belligerent (opposite of his true nature), and he was barely talking.
It still NEVER occurred to me (or my husband) that it could be an alcohol problem, let alone how addicted he had already become. Even though he didn’t live with us at the time, we saw him all the time! Now here’s the part where maybe I should be embarrassed to admit:
When I got home, I researched what could cause a false high alcohol level! That’s how shocked I was. So please don’t feel bad- you’re not alone. And I will say that I’m probably the biggest “queen of denial” you’ll ever know!

Dear Laurie, I love your comment!! …and share a similar experience. My son wrecked the car twice (within 5 minutes of each accident). I went ballistic, and he told me that he was confused and it wasn’t his fault…and he thought it was because he was dehydrated. I searched the internet in order to find, ‘signs of dehydration,’ only to discover that his explanation could have been true. When I told this to my psychologist, she looked at me as if I had 10 heads. Yes, of course, I later found out that my son had taken a raft of pills he had found in a friend’s home. He wasn’t even sure what they all were. Dehydration – and I swallowed it. I join you in being the ‘queen of denial.’ xoxo

Haha! Thank you for this, Libby. Thank God we haven’t lost our senses of humor xoxo

Love to you, Laurie, and your precious family. xoxo

And thank God we haven’t lost our sons!

Yes, thank God. We live in gratitude, every day. …and so do they.

Thank you so much for this! When I think back on all the signs I missed of my son’s alcohol and heroin addiction, I know I “missed” them out of fear of what was clearly happening in front of me. As an educated woman, I never realized how fully denial can highjack your brain. Friends and even a therapist (not a good one!) could not quite believe how I didn’t know what was happening, but I find solace in your articles that I am not alone in this. Now my son is in recovery, but I eagerly read your blog every week.

Dear Caitlin, I love your sentence: “As an educated woman, I never realized how fully denial can highjack your brain.” Yes! I did the same thing. Fear is powerful. Yes….everyone else around me seemed to know what was happening, but I denied the problems for years. You are not alone. The beautiful news is that your son is in recovery. God bless him and you. I’ll stay close in love and prayer.