LOVE WILL NOT STOP AN ADDICTION

by libbycataldi under Courage, family, Forgiveness 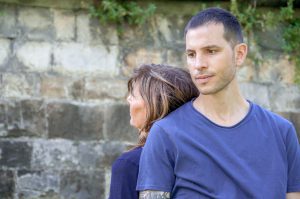 A mother wrote to me: My son has a long history of addiction. He got arrested and we hired a lawyer, bailed him out, but he kept using and stealing. He got arrested again and bailed himself out. We knew he was close to dying so we asked the lawyer to have the judge put him back in jail. We told our son that we would not bail him out, that we loved him but would no longer let his addiction destroy the family. All the love in the world was not enough to make him stop.

My reflection: All the love in the world will not stop an addict from using because addiction is the antithesis of love. Dr. MacAfee tells of a group therapy session when he asked a young man, “What is your drug of choice?” The boy thought carefully and responded, “more.” MacAfee explained, “His answer was not an attempt at humor. Instead, the group answered with a consensus of silence, affirmative head nods. No addict ever intends to end up where he’s really going. Substance drives the addict.”

Today’s Promise to consider: My child’s addiction is not against me. He is trapped in the disease and, although it doesn’t always look like it, he loathes the life he is living. I will not feel betrayed. I will not feel self-blame. I will stay close and pray that my child decides to stop, for himself.

Stay close? How? When other pros say detach yourself

Stay Close means to continue to love your addicted child, but stay out of the chaos of the addiction. Here’s a link to a video my son and I made that might help: https://www.youtube.com/watch?v=u2O7fCRRx0I&feature=related My son’s words are particularly powerful. Libby

I have been in a wonderful naranon group for a very long time. I have work the 12 steps with another group. It has made a dramatic positive change in my life and my relationship with my addict daughter. I encourage anyone going through this to find a good group.

Michelle, I totally agree with you! Al-Anon saved my sanity. xo

I am the mother of a 38 year old alcoholic son. We had, what seemed like the perfect family. Three grown children, six grandchildren, always very close. Three and a half years ago we found out about our son’s alcohol problem. He continues to own a house and work full time with two small children. But, his lies and deception about drinking are destroying our family. He can pass out from drinking in the evening, but make it to work in the morning on time, even being given a promotion, so I guess he thinks things are going ok. He has only sought help when he was required to by an employer or family member. I have read your book twice and have found strength through your story. We are at our wits end and don’t know what to do. It is so hard to simply let go and see if he survives or not. Having small children makes the situation even more complicated.

Dear Krystal, I’m sorry you and your family are suffering through this. Addiction wants to destroy families. Addicts/Alcoholics (I’ll just use the word addicts to mean both) can be very functional. Jeff was a heroin addict and he still got a promotion. He’s charming and smart, and functional. Your son must be the same way. All addicts lie. They lie in order to keep the addiction. The Big Book says that rigorous honesty is critical for sobriety. Yes, having small children makes the situation even more complicated. I’ve interviewed 50 recovering addicts and each one told me that HE had to make the decision to change his life. Love your son and encourage him to get into treatment. Maybe he’d start by going to an AA meeting. I join you in hope and prayer.