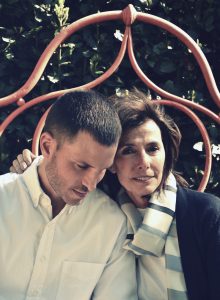 A mother wrote to me: My eighteen-year-old son is dying in the next room. It started with severe headaches that became an every day occurrence. I took him to an internist who prescribed for him oxycontin. He became addicted in a matter of weeks. He lost thirty pounds, had black bags under his eyes, and did nothing but lay in his bed. We found a rehab center, but after two weeks he signed himself out. He is home now and trying so hard, but he is quickly losing faith as his body is turning against him again. I am so afraid that he will never get better and will die before my eyes.

My reflection: When relapses happened with my son, I thought that treatment centers were the answer; however, he never stayed very long and constantly walked out before his time was up. Their response was always the same, “We can’t keep him if he chooses to leave.” I, too, lived in constant fear that he would die.

Today’s Promise to consider: We want to save our children. It’s instinct. It’s what we do as parents. But drug addiction is powerful and it doesn’t let go easily. Today, if my son relapses and asks for help, I will steer him toward recovery and other recovering people, not necessarily with money, but with emotional support and love. I’ll stay close.

Addiction knows that parents have to step in and rescue their child. God designed us that way. Eventually we learn that our physical presence and interaction with the disease is doing more harm than good. That may take many years! the point I would like to make is never look back and second guess yourself. You did the very best you knew how to do with the information you had. You really have nothing to forgive yourself about, you did nothing wrong. So let go of the regrets and move on to finding the life you were meant to live, one of peace and serenity. Let God do His part, trust him fully and your child will find their own recovery in their own time.