THE WORLD IS FULL OF ANGELS – GOD BLESS THEM

by libbycataldi under Courage, family 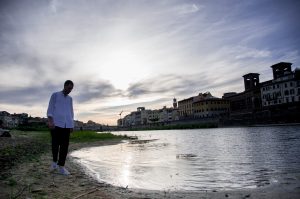 I recently read a story about a mother who saw a homeless boy on the streets and, in the young boy, she saw her own son, who also suffered from the disease of addiction. She talked with the boy and asked him his name. He told her that he wanted to get clean, but that he felt lost and couldn’t figure out how the system worked to be able to access free recovery. He’d given up. She helped him find a treatment center, and he entered of his own accord. The world is full of angels.

My reflection: In my own life, there have been people who have, by coincidence ‘shown up,’ seemingly, out of thin air to help me. When I called a woman whom I didn’t know and asked about Al-Anon, she immediately and without a question, took me to three different meetings until I found my home base. That began my healing.

Today’s Promise to consider: During my son’s fourteen-year struggle with addiction, many angels entered his life, particularly his sponsors in AA. In those rooms, he found people, who knew his walk and were willing to guide him, and to love him back to health, however momentarily my son’s health lasted before he continually relapsed. Over and over again, he reached out his hand, and someone was there. Dr. MacAfee was the angel who helped my son to ultimately find himself, and to this day we honor the good doctor’s memory. God bless all our children’s angels.

I am so grateful to you,Libby. Your book was one of my first real steps towards my own recovery as a parent of a child with substance use disorder. He is still struggling but your words always find their way to me. I only wish we could find our own Dr.MacAfee…

Dear Janice, You are so right – Dr. MacAfee was a saint. Without his guidance and care, I don’t think my son would have lived. I’ll keep your son in my strong prayers. I’ll also pray that some one like our beloved Dr. MacAfee comes into his life. My love to you.

Hi Libby. YOU are my and my son’s angel. Your book led me to San Patrignano in Italy where my son was finally accepted after several years and much effort. He had been in many rehabs and recovery programs and continually relapsed for 11 years. I felt his only chance was to get him completely away from everything and everyone he knew for an extended period of time. He spent several years there and is now 8 years clean! He is currently in a PhD program doing cancer research, was married last year, and he and his wife are expecting a baby. Ten years ago, when we were in the midst of his addiction, I would never have believed he would be where he is now Thank you, Libby, for all you do for us desperate parents. Most of all, you give us hope.

Dearest Connie, God bless your son!! He is 8 years clean, in a PhD program doing cancer research, married, and expecting a baby. I remember well meeting your precious son at San Patrignano – what a handsome and lovely boy he was so many years ago. Now he is a man, and all that that means. You fought hard to get him into San Pa, and YOU are his angel. Without your fight and conviction, it never would have happened. You just weren’t going to take ‘no’ for an answer. Please tell your son that he gives me hope — hope that life wins. My love to you and your family.