by libbycataldi under Acceptance, Communication, Faith 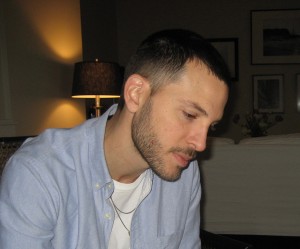 Tara Brach wrote: We can too easily ignore or dismiss people when they are of a different race or religion, when they come from a different socioeconomic class. Assessing them as either superior or inferior, better or worse, important or unimportant, we distance ourselves. As a result, those around us – even family and friends – can become unreal, two-dimensional cardboard figures, not humans with wants and fears and throbbing hearts.

(Tara Brach is an American psychologist and proponent of Buddhist meditation. This passage is paraphrased from her book, Radical Acceptance.)

My reaction: Jeff once told me, “Society loathes addicts and addicts loathe themselves.” It has been my experience that addicts are severely marginalized and minimized. They’re often viewed as part of a ‘throw-away society.’

Today’s Promise to consider: Addicts are often disregarded and considered a menace to society. While this can be true at times, as the mother of a recovering addict, I never quit believing that my son’s humanity was alive underneath the disease. Today, I’ll treat everyone with tolerance and love, recognizing that even though he might feel different from me, she is God’s child with wants and fears and a throbbing heart.

Hi
I’m an addict’s mom and I have a 25 year old son struggling once again to get and remain sober. I bought your book two years ago when he first attempted sobriety. I really love it. I just saw a blurb about your blog on one of my FB pages on addiction. Your book always is on my night table or in my work bag. Somehow it always makes me feel close to someone with similar troubles. Thank You… Is the picture you have here today Jeff?

Thanks for reaching out and sharing your struggle. Addiction suffocates life. We are all joined together in this fight against addiction.

Yes, this is a picture of Jeff. He is good today and I am deeply grateful, while remaining humble and praying for tomorrow.

Love to you and your son.

My son’s addiction and working the steps has taught me humility.

I am still a work in progress but I am not near as quick to judge others as I once was.

I am more at peace with myself when I allow others the dignity to live their lives as they choose.

Is it possible the word addict has become a pejorative term? To me, it puts our addicted children in a position to be judged unfairly. It takes away from the truth of addiction.

Addiction is a disease, a primary disease, a mental disorder. It has nothing to do with choice, in my personal opinion.

While reading Jeff’s words it brought me back to so many conversations( screaming matches really) of the beginning of my sons addiction to the demon heroin. I thought if I loved him enough, shamed him enough, got angry enough, ignored him enough, that one of the above was bound to make him see he needed help and want to get help. But when they failed, I started listening, really listening to the words of his heart and heard him loud and clear. My friends despise me, society thinks im a “throw away” so yes I despise myself and stopped believing in myself and the ability in myself to change the path I am on. It was then after reading Libby’s book and looking at my son who I would have given my life for that I realized that the only way I could help my son was for him to see and feel that his dad and I would never ever give up on him, that we would take our last breath believing he could do this and when he had no strength, no hope, no belief of change that he could borrow them from us until he found he had his own. It wasnt easy s nd there were days I failed, but my faith drove me to show him we would not stop believing. I sent him a text, a positive quote, a bible verse, every single day and he always always respinded with a” thank you mom. Please keep believing.” He and we will celebrate 2 years of his being clean and sober on oct. 22nd. It can be done, dont give up believing and as as Libby says “staying close” in hopes of recovery. Thank you Libby and Jeff for sharing and giving others the strength to fight his battle.

I have been struggling for months now with tolerance. Having lost my oldest son to addiction , my middle son admits to a pill addiction seeks help on his own and is working hard to overcome this, I however have been so angry , have had no tolerance , how dare he , after all we’ve been thru including him
Debi if you read this thank you for sharing and reminding me as Libby has always said to stay close with love , my anger and fear has just gotten in the way and I don’t think my son has been feeling any love from , I will try starting now to stay close with love and encouragement instead of anger and fear
Thank you Libby and Jeff

Thank you Libby for a meditation and topic I needed to hear just about now. There were episodes in our past where we had to ask our son to live elsewhere due to circumstances of his addiction. I always felt we did the right thing at the time but there was always a small corner of my brain that made me feel like I was throwing him away. It was a horrible feeling. I knew we had tried so hard for so long and it was the only option at that point . I know that feeling lingers with him at time. There is so much shame with this disease, and they do feel unwanted. Therapy and working with the 12 steps helps relieve that.
Tolerance
A tough balance once again. Are we tolerating what should not be tolerated or are we loving the person, hating the disease. Nothing is easy with this. Stay close, love, but don’t enable. I always analyze my own actions and keep my motives pure. Even when you try to love the addict, when active, or dry without recovery, their behaviors can make you so crazy.
I pray for him all the time and for God’s will for us. That helps to release it. I pray for patience.
I pray for all my friends on this blog too.
Love
Jane

Your words struck hard with me. You are so right about what you wrote. The bottom line is that there are no answers to the hell this disease brings to the addict and their families. We all have/had to do what we think is best for ourselves and for our loved one who is in the throes of addiction When I told my son that he could no longer live with us, crushed me. And, to this day, it lingers in my heart.

I know many people will not tolerate addicts. They think they are a menace to society. And, it’s sad. If I see a homeless person, whatever race, I stop and talk with them. I give them food and money. I don’t think that they may spend the money on drugs. My compassion for them is so strong. I pray for them every day.

With much love and respect,
Barbara

There is so much shame, guilt and deep sadness with addiction, yet – here in these comments – I find such honesty, wisdom and love. God bless us all. Addiction has tried to suffocate us, but we keep learning, trying, loving and learning again.

Barbara, you’re right – each of us has to do what we think is best. It’s so easy to judge this disease from the outside. How many times people told me what to do. In truth, sometimes they were correct, but I wasn’t ready to hear it. In time, the disease taught me, Jeff taught me and pain taught me. Today, we all join together to share our hope and strength.

My love and respect to you all.

Thank you for sharing your story of success. Your son has great courage to finally get sober.

It’s so difficult to rid yourself of the anger, fear, frustration and hopelessness that this disease causes. Like Jane says, it can drive you crazy.

When I let my son go, to suffer his own consequences, it became so difficult for me, that I had to get help. I got help from a therapist. She introduced me to many tools (books, tapes, etc.) that kept me focused on the ways to help your addicted loved one, instead of showing your frustration and anger. I was beside myself and knew I couldn’t help myself, alone.

Libby’s book was not out when I saw the therapist, but when I did find it on the bookshelf, I found it to be the best book out there to help parents with addicted children.

I pray that your son will overcome his pill addiction that he is working so hard on.

With love and respect,
Barbara

Dear All,
This is a wonderful place to learn and find support. It is like a support group where we can find solace, learn solutions, and begin the healing by being of service to each other through sharing our stories and being honest.
I also, like Barbara found Libby’s book to be the most helpful to me. I recently just shared it with a few people
Pat, your sharing of experieces are always helpful
Barbara, your wisdom is priceless for us
Joan, you are in my prayers- stay close
Debi, your share is inspiring
Libby, thank you for all you share

I find this post so touching because it is one of the things I worry most about.
I worry that my daughter feels the hate, anger and disgust that people feel about her. That this only feeds the low opinion she has of herself and therefore feeds the addiction.
Everyday I hear people comment at work about people in different social situations. Judging their decisions, judging their families and loved ones, judging everything about them. I am ashamed to say that I too have been guilty of judging others in the past based on what I see. If there is anything that I can say is good about this experience its that it has taught me humility and genuine love and understanding. I try to remind those I work with now that there is a human being there with people who love and worry about them. That choices are made for many different reasons we may never understand and it is not our place to judge. If I can change one persons opinion about an addict I feel I have accomplished something in my day.
I hope to god that my daughter can find compassion in those around her and eventually find courage to seek the help that she needs.

Thank you all for listening when I need it

My thoughts and prayers go out to you. May your daughter find the help she needs to get clean and sober.

Your message about judging people is profound.

Hi – I haven’t been receiving my weekly emails lately and I really miss them! My son seems to be doing well now, but the weekly guidance & reinforcement makes me look forward to opening emails on Thursday. I hope to see them back in my inbox soon. Thank you!

Thanks for reaching out to me. I tried to resubscribe you, but the mail-master came back with this message:

Maybe check your spam or, if you have gmail, your ‘promotions’ folder.

Hope this helps! Love to you.