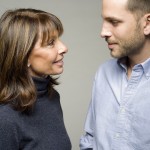 A dad wrote to me: Our children have to fight their addictions and win. We, as parents, will never know how hard their battles are or understand the strength they need. I think that anyone who has battled through addiction deserves a lot of credit.

My personal reaction: Dr MacAfee says, “Addiction is loss.” Recovery, he said, offered Jeff the space to rediscover his identity and, in time, the real Jeff would emerge. This was a journey that Jeff would have to do alone. I came to realize the enormity of the fight that he had to face in order to win his battle against addiction.

I once told Jeff, “You have a lot of courage to do this again.” He paused and then said quietly, almost to himself, “Courage? That’s a word rarely used with people like me. Yeah, it takes courage.”

Today’s Promise to Consider: Words like strength, courage, and hope are seldom used in the same sentence with addicts. My son and I faced journeys of despair and self-discovery. Courage: we both needed courage as we made decisions that would lead to our health and wholeness. My son chose to fight his addiction. I chose to fight my anxiety. We both chose to change.

You are both right on. It takes plenty of courage. I was in treatment with my son. It was a program called “Family Restructuring”. I witnessed plenty of courage. There are many people out there that don’t have the courage to face even their slightest problems, and make the changes they need to make to have a successful life. The recovering addict and every person that loves that addict (and recovering along with that addict) are to me among the most courageous and genuine people I know!
Hugs
Gina

Thanks, Gina, for your comment. You’re right – it takes courage to change, for them and for us. Un abbraccio forte! Libby

I think as a mom, there is always worry when change and success are hand in hand after battling addiction. I continue to pray and for now, the future continues to look promising! Have a very blessed Christmas!

Courage
strength
faith
hope
The entire family as well as the addicted person needs a healthy dose of all of the above, on a daily basis. We are always fighting against fear, worry and anxiety. I pray for peace and serenity and continued hope for those who have lost their hope. Where there is still life there is still hope.
God bless all
With love,
Jane

Dear Lisa, You’re correct and I remind myself, “One day at a time.” Jeff is good today and I pray for tomorrow. I remain humble in the face of addiction. A blessed Christmas to you and yours. Libby

Dear Jane, Courage, strength, faith and hope are the cornerstones of our walk – I agree. This is true with all trauma, not just addiction. Life requires all of the above. Thanks for sharing. Love to you.

I prayed for courage more than anything else during my step-son’s struggle with addiction. After God granted me (us) courage, strength, faith and hope soon followed.

Blessings to you and your family ~

Dear Karen, Thank you for sharing the powerful scripture. I prayed often from Philippians 4: I can do all things through Christ who strengths me.” I love Isaiah and the words, “Don’t be afraid.” I was often afraid. Blessing to you and your family. Libby

Once again, thank you all for the continuing support. I am truly blessed to have all of you in my corner.

With love, in Christ,
Barbara

Dear Barbara, Oftentimes I think about my breast cancer. I could have chosen not to fight. I could have chosen to allow the cancer to spread. But I didn’t. What makes some people fight and others not? I don’t know, but I do know that we can’t heal our sons or make them whole. It’s something they have to do on their own and for themselves.

We are in your corner and you are never alone.
Love you,
Libby

Hi Libby,
I read Stay Close a while back and I loved it. My son recently relapsed so I’m reading your book once again. It really helps me somehow. I guess because it helps me remember that I’m not alone. Thank you!

Dear Traci,
Thanks for reaching out. Dr MacAfee tells me that AA and Al-Anon work because there are so many commonalities among us as we struggle with addiction and our children. By reading, attending meetings and talking with others who are also suffering, we realize that we are not alone and that all the craziness that we’re feeling is what other people are feeling.

I’m sorry about your son. You are not alone- how well I remember the many times Jeff relapsed. Addiction is a nightmare. Let’s keep each other and our sons in our prayers.

With love and respect,

Thanks, and I will certainly pray for all those dealing with addiction. I have an online support group that helps. I haven’t found an Al Anon group that felt right for me. The people attending are usually wives of alcoholics. I know it’s supposed to be the same but it isn’t. I love that courage was discussed earlier. Whenever I think I’m feeling too sorry for myself, and my family, I tell myself that God chose me to be the wife of my husband and the mother of my children, because He knew I would be able to handle it. My husband suffers with serious deppression, and my younger son has Asperger’s Syndrome. I think of myself as strong, but I’ve never thought of courageous.

Thanks, and I will certainly pray for all those dealing with addiction. I have an online support group that helps. I haven’t found an Al Anon group that felt right for me. The people attending are usually wives of alcoholics. I know it’s supposed to be the same but it isn’t. I love that courage was discussed earlier. Whenever I think I’m feeling too sorry for myself, and my family, I tell myself that God chose me to be the wife of my husband and the mother of my children, because He knew I would be able to handle it. My husband suffers with serious depression, and my younger son has Asperger’s Syndrome. I think of myself as strong, but I’ve never thought of courageous.

Dear Traci, You are dealing with so very much. Yes, you are both strong and COURAGEOUS. We’ll keep each other in prayer. My love to you. Libby

I am so grateful for Stay Close. The power of love just radiates through. Thank you Lord for loving us so much that even this journey becomes one where love conquers. Our children and our loved ones who suffer … I can’t even begin to share my pain. I don’t know how. But I do know I stay close to Him and to the love and to His word. His plans are to prosper us and not to harm us. I can do all things through Christ who strengthens me. I believe Lord I do believe, Lord help my unbelief.

I want to thank all of you who share your stories, it gives me great courage and comfort to read of your journeys. Perhaps I will eventually be strong enough, lucid enough to share mine.

I was touched by your post. I too, find great courage and comfort in Libby’s site. I am sorry for the pain that you are in and I hope that you do find comfort and peace. God bless you.

Your words brought a memory to mind. I was once listening to a very powerful minister speak during a service and he said, “When you feel distant from God, when you feel out of grace and far away, ask this one question, “Who moved?”

He went on to say that God never moves from us, but we move from God. I once told this to Jeff, “Home didn’t leave you; you left home.”

Staying close is a courageous way to live.