NO ONE INTENDS TO BECOME ADDICTED 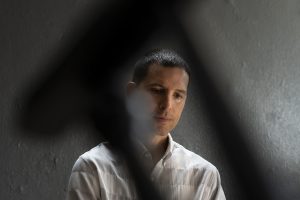 A mother wrote to me: My son got arrested and we hired a lawyer, bailed him out, but he kept using and stealing. He got arrested again and bailed himself out. We knew he was dying so we asked the lawyer to have the judge put him back in jail. We told our son we would not bail him out, that we loved him but would no longer let his addiction destroy the family. All the love in the world was not enough to make him stop.

My reflection: Dr. MacAfee asked a young man, “What is your drug of choice?” The boy thought carefully and responded, “More.” MacAfee explained, “His answer was not an attempt at humor. Instead, the group answered with a consensus of silence, affirmative head nods. No addict ever intends to end up where he’s really going.”

Today’s Promise: Our suffering loved ones are trapped in the disease of addiction and, although it doesn’t always look like it, they loathe the life they are living. When my son started using drugs as an adolescent, he never thought about the future consequences of his use and how they would destroy his life and relationships. He never intended to ‘end up where he was going.’ I will not feel betrayed. I will not feel self-blame. I will Stay Close in love and prayer.

My heart breaks for this mother who wrote this.
Only someone who has been through this kind of hell can understand the nightmare of a child’s addiction. But we are not alone, thanks to Libby.
When I see the growing numbers of deaths, and what’s happening with the fentanyl, I am so disheartened. Thank God for prayer. Sometimes it’s all we have.

Dearest Laurie, You’re right — sometimes all we have is prayer. I join you in prayer for the mother, who wrote this passage in the blog, and all who are suffering. My love to you. Thanks for staying close. xo