PERHAPS I’VE BEEN THE ONE FIGHTING HIS BATTLES

by libbycataldi under Courage, family, Recovery 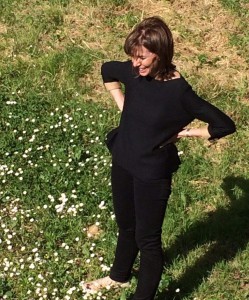 A friend, whose husband is an alcoholic, wrote to me: Your final straw with Jeff is poignant. I remember your fight with breast cancer and what a struggle that was. To tell Jeff that it was his turn to fight, well that’s what I expect my husband to do. He’s better than someone who just lets life mow him over. Perhaps I’ve been the one fighting his battles. Every time he gets himself into a bad situation he has left it up to me to fix. Since I’m fairly resourceful, I’ve been fixing many of the problems he has created. But he needs to pick up his weaponry and fight, for himself not me.

My reflection: My friend had courage to write to me about her husband. It takes courage to share the stories of the underbelly of our relationships, the stuff we don’t put on Facebook. I responded to her, What worked for Jeff? When I got out of the way. When I surrendered and told him, ‘If you don’t get help, you’re going to die. When I had breast cancer, I could have died. I had to fight. Fight, son, fight.

Today’s Promise to consider: For many years I fought my son’s battles with addiction. When he got into trouble, I rushed in to fix things. That’s what moms do, right? The problem was that I denied my son the opportunity to learn from the consequences of his addiction. The more I stepped in, the bigger the buffer became between his behavior and its repercussions. We each have to fight our battles. In the end, my son fought his. And he continues to fight every day.

What a beautiful message, Libby. This brought tears to my eyes. Thank you for sharing this today and reminding me to stay out of the way.
Love, Nanci

Thanks, Nanci, for staying close. You and I have learned separately and together about addiction and life. Love to you.

You are so right Libby, it just does not jive with a mother to step back and let our child fall.
I had no choice but to let go and step away from my daughter when she disappeared for 2 and a half years. Essentially the decision was made for me and it has turned out to be the best thing ever. I was forced to live my life, let go of my daughter and understand that she had to do this. Now that she is back in my life it is like I can see the light. I can see the pressures I placed on her to get clean, the expectations I had of her (my expectations not hers) and I can see how difficult it was for both of us to live healthy lives.
When we get together now I am grateful for the little things, the time together, the laughter, the stories. I no longer push her to accomplish what I thought she should. I can accept her for who she is and she is comfortable with me because of it.
Will this last? Who knows but for now I will cherish the moments we have together and as I stay out of her way I hope she continues to find strength in her recovery.

We’ve been fighting this addiction for 14 years and it’s so hard. I feel like we’ve lived the same life. He gets into trouble and I fight for him. I fix it for a little while until it happens again. I finally had my last episode 04/07/2016. I realized that I can’t control his addiction. I can’t make him stop. I can beg and plead and spend money, but it all ends the same way. I’m disappointed and he is right back to square one. I learned that for me to have any happiness, I have to let go and I am doing this so far. I, too, feel at peace, sad, but at peace. My son is once again in a recovery program, and taking care of himself. He struggles and it’s hard to walk away and let him take care of it, but so far, so good. Thank you for your message. I will pray for you and your son.