TAKING OUR HANDS OFF THE CONTROLS 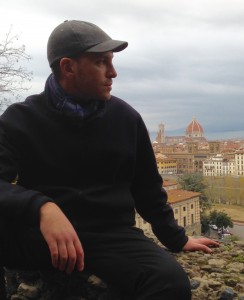 In the 1950s, a few highly trained pilots in the US Air Force were set a life-or-death task to fly at altitudes higher than ever before attempted. Going beyond the earth’s denser atmosphere, a plane could skid into a flat spin … and then start tumbling. The first pilots responded by frantically trying to stabilize their planes. The more ferociously they manipulated their controls, the wilder the ride became. They plunged to their deaths. Until Chuck Yeager inadvertently struck upon the solution. When his plane began tumbling, he was thrown violently around the cockpit and knocked out. Unconscious, he plummeted toward earth. When the plane reentered the planet’s denser atmosphere, Yeager came to, steadied the craft and landed safely.

My reflection: When Jeff was in active addiction, the last thing I wanted to do was take my hands off the controls. When I was growing up, my dad used to say, “You gotta make something happen.” In the face of addiction, I tried desperately to make something happen and save my son. Helpless and distraught, fourteen years later I learned to let go and let God.

Today’s Promise to consider: When facing active addiction, it is often necessary to take our hands off the controls. We can stay close and love our son or daughter – that never changes, but he or she needs to make the decision to change. Today, I’ll pause and admit that I’m not at the helm of my child’s sobriety.