TELL HIM TO STOP, DAMMIT 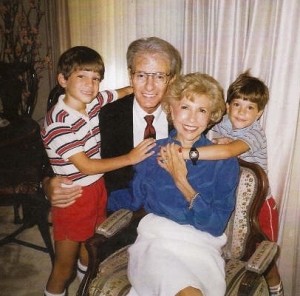 My dad, who would have been 95 this month, didn’t understand addiction. He once pointed his finger at me and said, “Why don’t you tell him to stop, dammit? We can all see that he’s not right. Listen, daughter, you gotta do something. You gotta tell him to stop.” I just stared back at my dad and thought, “Don’t you think I’ve told him to stop, Dad? Do you think I can’t see that he’s not right? Don’t you think I’ve tried?” I didn’t say these things to my Marine Corps Drill Sergeant father.

My reflection: My father wasn’t an addict and for him addiction was non negotiable, something that shouldn’t exist in our family and a problem that ‘had to go.’ In his mind, I was the parent and I should have able to demand that my son quit using drugs. To Dad, it was black or white, two extremes, and Jeff’s behavior wasn’t acceptable and had to end.

Today’s Promise to consider: Many people think that addiction is a lack of character and a moral weakness and, with enough guts and grit, the person should be able to stop. Stop, dammit. My dad thought that way. I wish I had had the silver bullet or had know those magic words to make the destruction stop. Instead, addiction is a cunning, baffling and insidious disease that requires extreme patience, education, perspective and faith.

That’s the way we grew up. The ‘old lions’ roared and we listened. They were legends in their own time and did their best. My love to you. Ti voglio bene.

I am trying to be consistent and treat my son’s addiction with compassion and faith. In my soul, I waiver back and forth between him stopping the destructive behavior with his own hard work, and begging God to deliver us all. We are still in the midst of a 6 year battle with addiction oppressing my son, Ben. I always appreciate your perspective. I cherish your prayers and I hope daily for that brief respite, when clarity beats addiction and my son is gentle and kind. When he is humble, he is adorable. When addiction drives his behavior, it is unbearable and I am so weak I can hardly stand. Today, is a small victory. My son Ben called and asked to go to a sober living home. He has been homeless for 4 days due to his choice to give in to addiction. Living at home is a big trigger for him in so many ways. It allows him to give credibility to his negative emotions ( the fights and arguments for him to stop – and the strung out behavior that follows using and crashing) and my role in those fights. He can also spend all his money on his addiction and still survive because at home, he can have food, clean himself and his clothes. He may have to travel by foot, but with food and clothes, he can so easily give into addiction. I am a mom; not superman. I neither caused nor can cure my son’s addiction. It takes two to tangle and I have contributed to his addiction in many ways, but did not cause it.Every external and internal influence has contributed to his addiction. It is a disease and it plagues anyone it can. By the grace of God alone am I not addicted. Some say I am addicted to my addict, but I am learning that tough love is called that not because we treat our addicted loved ones harshly, but that the decisions we make for their best interests are often tougher than enabling. God can and will deliver him and I have hope today. Yes, today is a good day and I am thankful.

You are not alone in feeling overwhelmed, addicted to your son and his addiction and suffocated by the chaos. As I read your email, I was reminded of something Jeff said. We were speaking at an event, and a dad in the audience asked Jeff, “If your mom had quit being Bank of America and giving you money, would your addiction have abated?” Jeff said, “All addicts need money and we can find it in a lot of places, but my mom made it a whole lot easier.” It was only when I ‘stayed close but out of the chaos’ that Jeff decided to change his life. He had to fight for his life and his survival. Thank the Lord, Jeff did.

We learn from each other, but we each make our own choices as to how much we can do and not do. I join with you in prayer for Ben.

“……addiction is a cunning, baffling and insidious disease that requires extreme patience, education, perspective and faith.” I would add compassion, love, support group, sponsor and a counselor.

Prayers for Ben and all who suffer from this disease.

I wish it were so easy…to tell someone to just stop and they would. I remember thinking over and over again when we first entered into this journey, how can she do this to us? It just did not make sense. Even though I know much more than I ever thought I would about this disease It still doesn’t make sense. Thats the hardest part.

Theresa, what you said about being consistent with compassion and faith is so true. It is hard to maintain compassion in the midst of the chaos this disease brings into our lives. I tried everything… anger, bribery, pleading, forcing, absolutely everything I could think of to try and get my daughter to stop. Over and over again I was left confused and sad. I did feel compassion but it was always out shadowed by everything else.

It has been 20 months now since I have seen or heard from her. The anger, frustration, fear are gone. I don’t know if its because we no longer live in chaos or just that time has given me a chance to really work through things. I really hope that when I see her again I don’t fall back into my same old feelings. I really want to maintain the compassion, love and understanding I feel for her now no matter the choices she makes.

I will continue to pray for all those suffering