WHEN WILL HE BE READY TO CHANGE?

by libbycataldi under Acceptance, Hope, Recovery 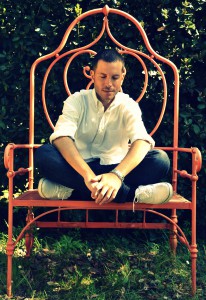 A mother wrote to me: Our son, who is now 26, cannot get sober from heroin addiction. He was clean for eight months, got married and is back on it again. He has been an addict since he was 19, starting with marijuana, then methamphetamine and now heroin. He has been in jail, then prison and at this time he is on probation again. He has been to five or six rehabs. How long will this last? When will he ever be ready to change?

My reflection: The answer to this question would be like finding the Holy Grail. All of us who love an addict want to know, “When will that moment of clarity happen?” Our prayer is that it happens before it’s too late.

Thank you for this meditation. With the exception of few details, I could have written the very same things about my son: 30 instead of 26; not married, but a plethora of relationships with women–most ending badly; all the same drugs and more. Rehabs, yes; jail, yes; prison, yes; probation coming when he is released this fall. He had three years sober and he was the best he has ever been but he went back to drugs (ultimately heroin) over a bad break up (I know the breakup was the excuse).
Over the many years of his addiciton I have slowly, sadly come to realize that nothing I say or do will induce him to get clean and stay sober. It’s his decision. That being said, it’s one of the hardest lessons this 63 year old has ever had to learn and I have to relearn it constantly.

Thank you for your words. I am right where Jodie is. Same story. I am realizing that I need to get a life and live it! I cannot go down with the sinking ship. If I hang on and try to fix my son, I am just as sick as him. And how many years have I spent and will I spend on trying to fix him? I HAVE A CHOICE just like my son does. I am choosing to live, laugh and be grateful and to make MY LIFE wonderful. Hard? yes! I AM READY ! Please stay close to me, God.

I’m with you all. It’s my grandson. He is 22. How do you create a new life. He is constantly here asking for money or stealing.

Hi Roseanne- When my son was using, I had nothing to do with him. I had to detach from him and his disease because there was not a damn thing that I could do to fix or save him. It was like banging my head against the wall. The disease of addiction is so powerful. I started going to ALANON and got a counselor and took care of myself. We are powerless against this disease. Please take good care of you.

Thank you for your comments. For many of us, this mother’s words are familiar. When will he change? What can I do to make him change? Like you, I had to learn that there was nothing (absolutely nothing) I could do to make him change. I could stay close, not give him money, but love him. At the end of my son’s 14 year addiction, I told him, “If you don’t choose another way to live, you’re going to die. When I had breast cancer, I could have died, but I chose life. You need to fight and choose to live.” Thank the Lord he did, but every day he has to choose again. I join you all in prayer and hope.

I am so happy to see this site up and working again. I always read the meditation but have missed being able to share.
For two and a half years I had not heard from my daughter until Feb this year when her boyfriend called to tell me I was a grandmother. When my daughter found out she was pregnant she chose to sober up, grow up and rejoin life again.
She is 31 and after 13 years of addiction I am cautiously hopeful. I have no delusions that this is a very tender situation but I refuse to focus on the ifs and whens and choose to repair and rebuild a relationship with her again.
I am hoping this is her moment of clarity, and as you have said so often Libby all I can do is stay close and pray.

Dear Sue,
Your message brings me such joy. Your daughter is 31 and made a choice, for today, of recovery. You’re right – we can’t control anything, but we can stay close and pray. Today is a good day, and I celebrate with you. One day at a time. I join you in hope and prayer. We’ll keep believing.
Love to you.
Libby

Hello Libby, my name is Michelle. My son is 33 and uses heroin. He has used heroin for 2 years and other opiates before that. It breaks my heart and the hearts of my parents, his wife and others in the family. I pray and pray for him to get and stay clean. He has been in 2 intensive outpatient programs without success. He then went inpatient for 28 days and did well for about a week. So he has been using again since around March 22nd. His use has gotten to the point where he is stealing. He hasn’t worked in more than a year because he can’t focus long enough on anything else. He has a beautiful wife and two beautiful children. I have to admit that I tried to fix and control him in the past. I don’t want to lose him. I pay the cellphone bill so I monitor the calls. I know that this isn’t good but I feel like if I don’t that I won’t know if he is using. He stays away from us. His little girl is almost 9. My heart aches for her. She has been through so much. I have to admit my anger at my son. I don’t like the way that I feel. I hate what he puts them through. They have lost their home. He pawned his little girl’s bike, her scooter, her iPod touch, her tv, etc. I bought all of it back. But I get so mad!!! I feel guilty for the way that I feel. I went to al-anon but I didn’t feel that it was for me. Any suggestions?