by libbycataldi under Courage, Dialogue, Recovery 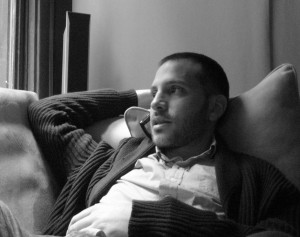 A mom wrote to me: For many years, I wasn’t in touch with my best friend from childhood, but through facebook we reconnected. I told her of my personal struggles during my son’s active addiction. She told me that my sharing this meant the world to her because she thought my life seemed perfect and was embarrassed to tell me that she had a son who was also struggling with an addiction to heroin. The door was then open to share our victories and defeats.

My reflection: When Jeff was in active addiction, I trembled every time someone asked me, “So how is Jeff?” What was I to say? The lie came easier, “Oh, he’s great – at Boston University and doing well.” I remember well when a medical person asked me about Jeff and, for some reason, I told him the truth. His response was compassionate: He had lost his only brother to alcoholism.

Today’s Promise to consider: The best response to addiction is honesty and compassion. The chaos of this disease touches many of us. We need to be judicious with whom we share the inner-workings of our lives, but I repeatedly find that when I’m transparent with my challenges, others are transparent with theirs. We are all human.

I just wanted to say thank you for sharing and I too have a son (my only child) with a heroin addiction. He is doing well right now and has been clean since January 11th, 2015.

When people ask me how my son is doing I tell them the truth and I to was amazed at how many people are and have been touch in some way with addiction.

Just wanted to share and say thank you for sharing!

Honesty in addiction almost seems unimaginable doesn’t it? Addiction hides in the shadows and we who are devastated by it just cannot believe that honesty could ever survive in the same shadow.

For years, whenever family or friends would ask me how Jerry was doing, I lied through my teeth. Maybe I was in denial, maybe I lied because of the shame. But, every time I lied, I felt an inner sense of restlessness that took a very long time to shake off.

Soon, after years of lying to myself and everyone else, I began sharing the truth. And, like Angela said, I was amazed how many were, in some way, touched by addiction.

I was also amazed at the compassion and caring that many people expressed when I told them the truth.

When my son died of an overdose of heroin, his life was ended, and in many ways, mine had just began. For years, since my son was a baby, I endured the caring for a premature baby, a toddler who was hyper active, a student who was in learning disabilities classes for his elementary years, his behavioral problems in high school, and finally, his drug addiction in and out of rehab, his adult life, until 40.

I knew I had to get on with my life after my son died because I had a daughter who needed me.

My son was a Christian and I have to believe that he is with God. He never hurt anyone during his lifetime, even though he committed crimes to search and pay for his drugs.

Addiction stole my son’s life and his beautiful spirit. I hope that telling my story, will help the many mothers and fathers in its strangle hold.

Keep your spirits up, practice positive thinking, and above all, pray.

All my love,
Barbara

I too struggle with honesty about my son’s addiction. I am not embarrassed about it but I fear the stigma attached to being labeled an addict. I don’t want to hurt him any more than he has already harmed himself. I’d rather be honest about his addiction.

I never lied from day one with my children…that is how I got through the 4yrs of HELL…If some one asked I told them the TRUTH!!!!! So many people have addition in their life and if you share with someone your pain You might just help them. I can proudly say my son is clean 4yrs. My daughter 3 yrs. my life is good I know it hurts to say the truth but in the long run you will feel better because they are all talking about you so give them the truth to share

I find it so easy to judge or be judged in our society and I think this is one of the reasons it is so hard to open up about addiction, especially in the beginning.

There were many years I would listen to others talk about their children’s accomplishments, awards, activities, successes and wonder what I had done wrong. I would hear comments made about the parenting skills of those children who didn’t quite stack up. I can remember someone telling me that children like my son, who struggles with learning disabilities, were that way because the parents did not spend enough time with them. How was I ever to tell these people about my daughter without being judged a failure as a mother.

At some point it no longer mattered to me how I would be perceived or what they would think of my daughter. I found as I opened up about the truth others opened up about their truths too. Families I thought had it all together had their own issues as well and those that still judged were not worth worrying about.

In retrospect I wish I had had the strength and courage to openly share with others as this journey began. I may have found the support and knowledge I so badly needed much sooner. Would it have made a difference… who knows but I always choose to be honest and respectful now when asked about my daughter and I hope it will encourage others to feel safe to talk openly also.

As you say Libby… “we are all human”. I believe we have a lot to learn.

Another mother and I recently discussed this exact topic. I for one have been honest about my sons addiction after suffering in silence for the first 6 months. I think after I realized there was no easy fix, no suboxone clinic that he was going to walk into and be healed instead this was a lifelong disease of struggles he would face and we would face as a family. I believe my original reason for keeping to myself was because I had no knowledge no education about addiction. Prior to my personal experience with addiction I thought an addict was a homeless man that lived under a bridge. I’m so ashamed to admit that today but have made it my mission to make sure when talking about my AS I plug each person with a bit of education about addiction with out it they are left in the dark and I want to give them something I never had until I was faced with it…another one of my quotes I mention in my conversion is ” don’t judge because tomorrow you could wake up and this could be in your family” I can not be ashamed my son has an illness…By telling lies for him or covering up I feel like I would only be hurting him and not helping others to understand addiction..Thank you so much for the great blog entry!!

Thank you for this. I echo so many here. After working through self blame and “shame” and others’ judgments about my son — I have found in the sharing of how addiction has affected our lives, that there are SO many compassionate and kind hearts.

I still slip up and slide back into useless spirals of thinking — looking for answers. Feeling sad. But not so much anymore. Is this useful –a good question i keep in front of my mind.

I also find myself often straddling a line — between my need and wanting to share and be honest and accept reality –and help break stigma of disease with others’ in my family and their needs for privacy and their legitimate concerns about things like employment, etc. We journey on learning and going deeper. We do heal by telling and sharing. I am so grateful for this space and place and Libby and Jeff and Jeremy.