THE BRAIN ON DRUGS

by libbycataldi under Communication, Dialogue, Recovery 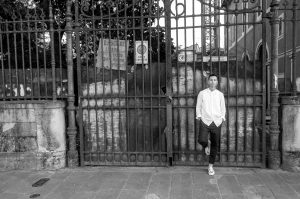 THE CHICAGO TRIBUNE recently published an article that reported: Addiction is a brain disease, “not a choice, not a personality flaw, not a moral failing,” said Dr. Jody Glance, an addiction specialist at the University of Pittsburgh Medical Center. Researchers have found that a key part of what makes opioid addiction so entrenched and difficult to quit is the way the drug changes the brain.

When you sense something pleasurable, the brain releases a natural chemical called dopamine that trains the body to remember, “I liked that, let’s do it again.” That’s the brain’s reward system, and opioids can hijack it by triggering a surge of dopamine larger than nature ever could. Repeated opioid use overloads circuits in multiple brain regions. At the same time, the brain gradually releases less dopamine in response to other things the person once found pleasurable. Eventually they seek more of the drug not to get high, but to avoid constantly feeling low.

My reaction: When my son was in active addiction, I didn’t know anything about the affect of opiates on the brain. It was all so new and overwhelming to me. He was prescribed medication, including methadone and buprenorphine, but he abused everything he came into contact with. Despite my best efforts to find good treatment for my son, I needed additional education and other options.

Today’s Promise to consider: Drug use is not a personal affront to those they love, but it is an addict in pursuit of dopamine stimulation  – and eventually, regulation. Brain research shows that addiction seizes the brain and sends the user down a path that’s out of his control. Today, I commit to continuing to educate myself about current addiction and recovery research. I pray for wisdom – for son, myself, and the therapeutic community.

This thought the drug addiction is not a moral failure but an illness makes it easier to love. Yet, I do believe that there is a spit element involved so I am not sure how to connect the dots.

Dearest Beth, I understand and agree. Nothing is easy with addiction. Even though it is classified as an illness (and I agree that this makes it easier to love the addict), there is no one single ‘dot.’ For each of us, we need to access our own loved one and decide what is right, what makes sense. I stand with you in hope and continued learning. xo

Once I was willing to accept addiction as a primary disease, a mental illness, everything in my world changed. I began to see my son as a hostage instead of a perpetrator. I was then willing to see a counselor and follow through with his recommendations which then lead me to a parent twelve step support group. I also began to realize that I didn’t know the God of my understanding. I began an earnest desire to grow closer to Him, to trust Him in all things. I worked hard on myself but eventually my peace and serenity returned. I loved life again! My son was still addicted but I was now out of his way. He eventually found recovery and has been clean/sober for over six years. We have a new and loving relationship. Never give up hope, miracles do happen.

Dear Pat, Thanks for continuing to share your wisdom and experience. God bless your son — over six years clean and sober! You and your son have a story to tell – one of intense struggles and huge victories. You’re right – never give up hope. Miracle do happen. xo

Great educational, informative info about addiction….especially for those who “stereotype” the addict and are very judgemental.

Thanks, Beverly. We’re learning so much about addiction. I wish I had known this research when my son was in active addiction, but I’m grateful that researchers are continuing to search for information and solutions. xoxo